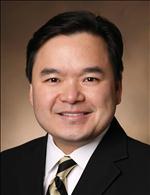 Dr. Ho's research is centered in cancer pharmacology with background knowledge in molecular pharmacology, clinical pharmacology and molecular biology. His main areas of research include 1) mechanisms by which drug transporters contribute to overall chemotherapy disposition in pediatric oncology and 2) pharmacogenomics in cancer therapy. He earned a medical degree in 1997 and a Master of Science in Clinical Investigation in 2004, both from Vanderbilt University School of Medicine. He completed a pediatrics residency in the Department of Pediatrics in 2000, a clinical fellowship in the Division of Pediatric Hematology/Oncology at Vanderbilt Children's Hospital, and a research fellowship in the Division of Clinical Pharmacology at Vanderbilt University Medical Center in 2003. He received a Vanderbilt University School of Medicine Clinician Scientist Award in 2003, a K08 Clinical Scientist Career Development Award from NIH (NIGMS) in 2007, and a R01 Independent Investigator Award from NIH (NIGMS) in 2012, and has served as co-investigator on several NIH-funded grants focused on drug transporters, drug disposition, pharmacogenetics, and clinical pharmacology. Dr. Ho was elected to the Society for Pediatric Research in 2010 and awarded a Presidential Early Career Award for Scientists and Engineers (PECASE) from NIH and the White House Office of Science and Technology Policy in 2013. This award, established in 1996, is the highest honor bestowed by the United States government on science and engineering professionals in the early stages of their independent research careers and reflect the administration's priority "on producing outstanding scientists and engineers to advance the nation's goals, tackle grand challenges, and contribute to the American economy." He joined the faculty at Monroe Carell Jr. Children's Hospital at Vanderbilt in 2003 and is board certified by the American Board of Pediatrics in Pediatric Hematology-Oncology.