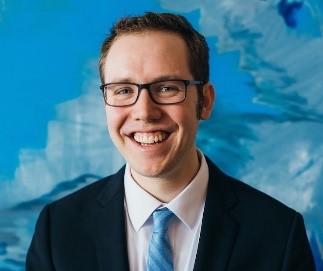 Ben grew up outside of Boston, Massachusetts. After receiving his BA in Neuroscience from Vassar College, he worked at MIT investigating mouse models of neuropsychiatric disease before obtaining his medical degree at UMass Medical School. Ben completed his pediatrics residency at Mass General in Boston.

Ben plans to build upon his prior experience in basic-translational research during fellowship with a focus on neonatal lung disease. In his free time, Ben enjoys spending time with his wife, Kathryn, daughter, Maddie, and big fuzzy dog, Hudson. He enjoys brewing his own beer, running, and exploring Nashville's awesome restaurants.