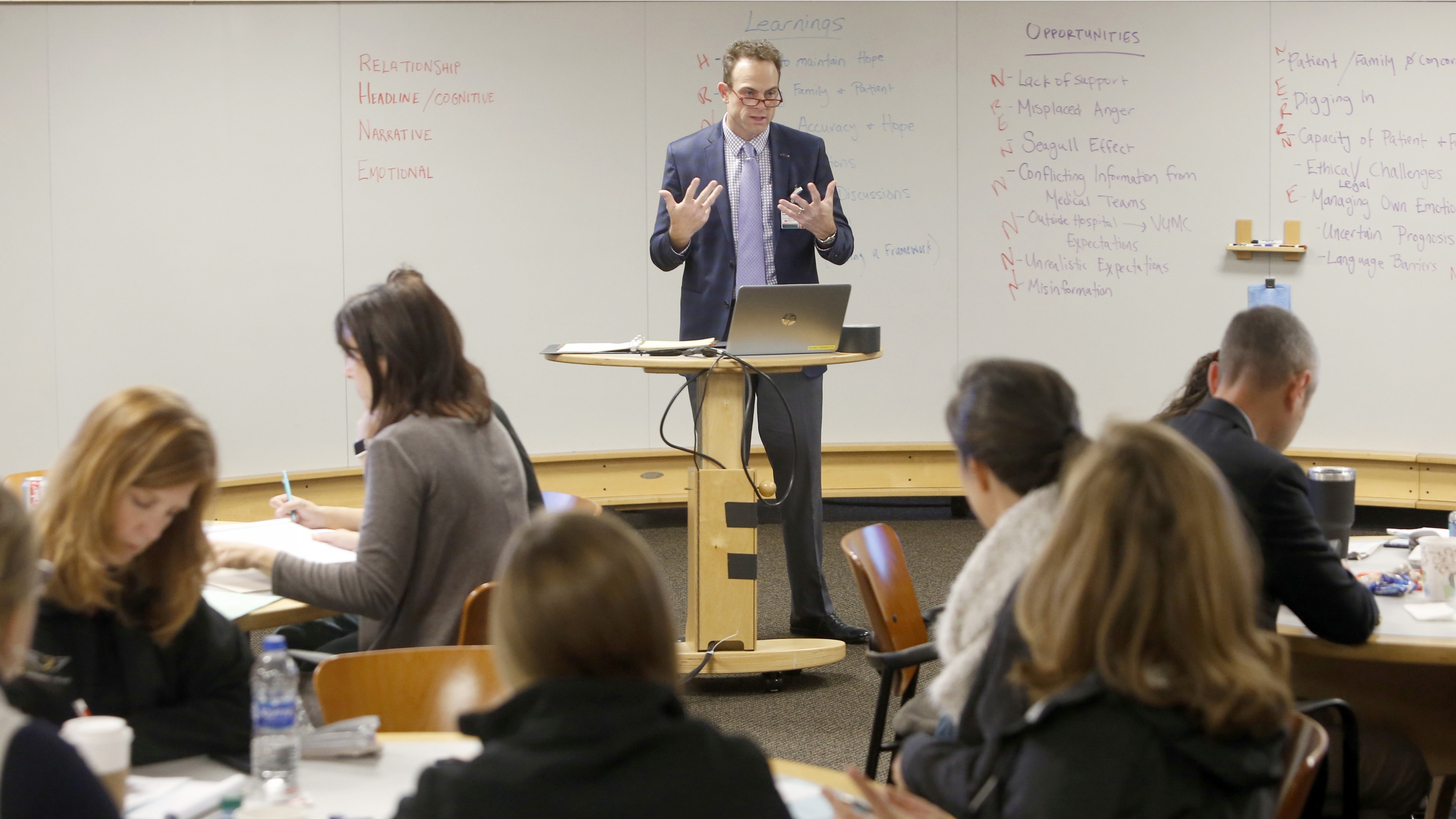 The Geoffrey Fleming Academy for Excellence in Education Mentorship Program, also known as the Fleming Society, is designed to provide facilitated peer mentorship for medical educators to:

Under the guidance of the Academy for Excellence in Education (AEE), faculty members in the program will participate in monthly, small-group meetings that consist of eight to 10 junior faculty members nominated by their respective Chairpersons and two senior faculty facilitators with demonstrated success in education. The purpose of these meetings is to provide support and guidance to access and acquire the resources and skills necessary for successful careers as educators.

The following Department of Pediatrics faculty members were nominated by their division chiefs and accepted into the pilot program, which started in April 2021:

Dr. Fleming and his wife, Amy, moved to Nashville from Michigan in 2007 to join the Vanderbilt University School of Medicine faculty, where he served as a pediatric critical care physician. While on faculty, he discovered a love of educating and later became the Vice President for Continuous Professional Development.

Dr. Fleming served as a critical care physician for over two decades and as program director for the pediatric critical care training program for eight years. From 2017-2018, he chaired the Vanderbilt University faculty senate, and in June of 2020, he was honored by the Chancellor with the Vanderbilt University Thomas Jefferson Award, annually given to a member of the faculty for distinguished service’ to the University. The University has also designated the conference room where he taught critical care fellows on the fifth floor of the Monroe Carell Jr. Children’s Hospital as the “Geoffrey M. Fleming, M.D. Pediatric Critical Care Education and Conference Room.” A plaque on the wall says he proved “a tireless advocate for excellence in himself and in his trainees."

Dr. Fleming remained on faculty in the Department until his death in December 2020 from cholangiocarcinoma.