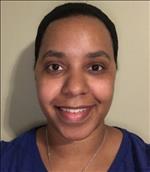 Kristen is from Cleveland, Ohio. She received her B.A. in Biological Sciences from Vanderbilt University. She worked in a neuroscience lab at Case Western Reserve University for 2 years before attending medical school and graduate school. She completed her Ph.D. thesis work in the laboratory of Dr. Susan Wente where she studied enzymatic mechanisms of eukaryotic mRNP transport out of the nucleus. She completed her residency in Pediatrics at University of Tennessee Health Science Center.

Her current research interest is understanding the role of the placental immune system in protection against infection in pregnancy. She has been supported by a T32 grant and is currently supported by a K12 award, both under the mentorship of Dr. David Aronoff. Her career will include practice in Neonatology along with continued study of mechanisms of neonatal immunology in an independent basic science laboratory.